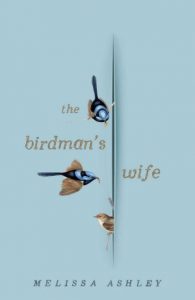 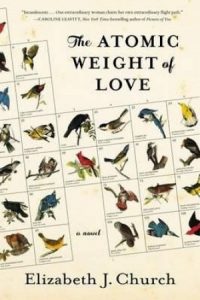 To celebrate Christina Stead week this year, Lisa Hill at ANZ Litlovers is hosting a selection of reviews and appreciations of Stead’s work. As my contribution, I’ve written an appreciation, rather than an objective review of For Love Alone.

For Love Alone meant a great deal to me when I first read the novel in the mid nineteen seventies, a time when I was teaching myself to write. It is among the top ten, if not top five novels from which I learnt the most. The mid nineteen seventies was also the time I met Christina Stead, while she was a writer-in-residence at Monash University. This post – which is really more of a personal testament than a critique of the novel – is not the place to describe our meeting. Suffice to say, Stead struck me as both gracious and formidable – gracious in that she had taken the time to read and think about a manuscript I’d sent her – formidable, as well as accurate, in her criticism of it.

While I learnt much from For Love Alone, I understood, young as I was, that it would be vain and foolish ever to imagine I could write like its author. But I identified with the struggle of Stead’s protagonist, Teresa Hawkins, to better herself through education, to scrimp and save in order to afford the fare to Europe. I also identified with the mistake she made in falling in love with the wrong man – not only a kind of generic ‘wrong man’ – but a man who was also her teacher.

And I fell in love with Stead’s prose, her language that is rich and deep, extraordinarily well orchestrated, heart-felt.

Jonathan Crow, the tutor who turns out to be nasty and self-serving, is the catalyst Teresa needs to get away from Australia, from Sydney. But what a Sydney Stead creates in the early parts of the book! I can never go to Watsons Bay without recalling her descriptions of the water and the summer heat, and Teresa and her sister Kitty, dressed in their best, heading off to their cousin’s wedding.

Stead’s London is the London of the 1930s, where Teresa finds work with the American radical, James Quick, a man who finally wins her affection and returns it. The title, For Love Alone, I have always read as ironic. It is not ‘for love alone’ that Teresa triumphs and learns to forge her own path; it is certainly not for romantic love, and she turns her back on the duties that might have kept her in Australia as a consequence of loving her immediate family.

During her lifetime, Stead was often maligned and misunderstood, the power of her prose sometimes frightening off readers and reviewers, not to mention the publishers who forced her to re-write The Man Who Loved Children and set it in America. Thankfully, Stead did not bow to the same kind of persuasion when it came to For Love Alone.

I’ve said I’m not going to describe my meeting with the author in this post, but I will finish it by mentioning one thing. It has always intrigued me how, in The Man Who Loved Children, Louisa helps her step mother to kill herself, or at least does not prevent it happening. When I met Stead at Monash, and asked her about this harrowing and memorable scene, she replied, ‘I could be violent with them (meaning her characters) because I was violent with myself.’

Here is a link to another contributor, who has reviewed Christina Stead: A Life of Letters by Chris Williams.

As time goes on I’ll be adding more.