Since launching off into the brave new world of digital publishing, I’ve met some great ebook authors.

My first effort was to self-publish a collection of short stories, Eight Pieces on Prostitution and now Wakefield Press has released all four books in my Sandra Mahoney Quartet. It’s a steep learning curve, but an exhilarating one as well.

From time to time I’ll be posting reviews I’ve written of ebooks that have captured my attention, beginning with – aptly named –  Beginnings: Where A Life Begins by Gary Heilbronn. 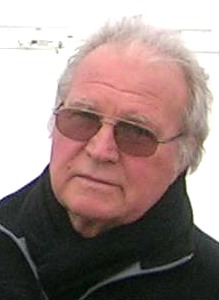 Beginnings: Where A Life Begins is an ambitious, multi-layered novel about the workings of genetic memory through many generations of women. The novel deserves a wide readership not only because of its original and audacious premise, but because each historical episode is vividly imagined, and the female characters, linked in ways they recognize but do not fully understand, are remarkable inventions in themselves.

The novel is predicated on the controversial idea that Mitochondrial DNA, transmitted from mothers to daughters, is understood, by certain outstanding women of their times, as an accumulated heritage. These women know the line they come from even if they cannot explain this knowledge; it gives them courage and it makes them proud.

Many of the women Heilbronn portrays as young, athletic warriors, but the main protagonist, Maria, a Basque refugee from Franco’s Spain, is of a different type. She suffers the tumultuous war years, having barely escaped across the border into France, and wishes only to remain unobtrusive and unnoticed by those who have the power to do her and her daughter, born shortly after her arrival, harm. The story moves in a wide arc, returning to Maria and Anna at various points. It is while Maria is giving birth to Anna – in a kind of trance – that the first return to deep genetic memory is accomplished, to the Cantabrian Mountains in about 10,000 BC. Other sections include ‘Coming of the Phoenicians’, Siege of Saguntum, (in the third century BC) and the Spanish Inquisition in the fifteenth century. Each is conveyed with an eye for detail, while the forward momentum of the story is maintained. Mt favourite section tells of the coming of the Phoenicians to the northern coast of Spain. The many differences between the indigenous people and the Phoenician traders, the troubles in which they find themselves, and in particular the character of Hannh, the young female warrior, made me want this section to continue.

At the end of the chapter describing Maria’s escape, readers are introduced to ‘an original, ornate dagger’ which, like the characters’ elusive yet crucial memories, has been handed on through thousands of years and will continue to play its own part in the story. 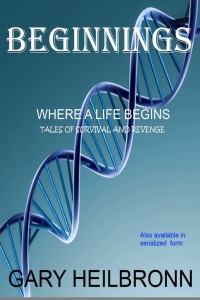 In an afterword, Heilbronn gives an account of the historical and scientific background to his novel, with particular reference to the meaning of genetic links in people like the Basques, ‘whose ethnic identity and genealogy have been insulated and isolated through millennia.’  Beginnings is complex and full of intriguing concepts and characters, yet at the same time emotionally vivid and fast-paced. Heilbronn has the ability to carry his readers along no matter if the scene is set in Palaeolithic times or the 1950s, with the rise of the Basque separatist movement. I highly recommend this book and look forward to its sequel.

My Sandra Mahoney quartet is now for sale on Amazon, including the new and final book, The Fourth Season. And I already have four great reviews! You can read them here. 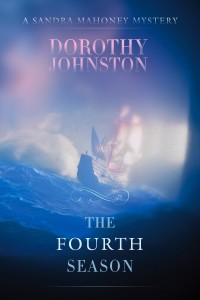 In her review, Joan Kerr makes a telling point, but one I hadn’t given much though to – not conscious thought anyway. Each novel in the quartet is set during a particular season. The Fourth Season is autumn. ‘The charms and stresses of each season operate as a symbol for the characters’ emotional lives’, Joan says, and of course this is true.

In talking about my quartet with friends and readers, I’ve been drawn back into remembering how it began. I didn’t set out to write one mystery novel, much less four! Some time in the late 1990s, I decided to write a short story from the point of view of a computer virus, and in the middle of it Sandra appeared. Not only that, she appeared with a new job in a government department threatened with the axe, a husband who’d scarped off to America and a son with reading problems. Far too much for a short story!

At the time, I was having a lot of difficulty finding a home for One for the Master, my novel set in a Geelong woollen mill. Post-modern ideas and tastes were dominant and my book was dismissed as social realism. (Never mind that it starts off with a ghost.) I turned to crime writing because, though there are obviously rules, I found within the genre an openness that I felt was lacking in literary fiction at the time. And I found an organization, Sisters in Crime Australia, happy to welcome newcomers.

I didn’t turn my back on literary fiction – I have never done so – but neither do I regret my years spent with Sandra and her investigations into the underside of Canberra.

Wakefield have released, as ebooks, all four novels in the Sandra Mahoney Quartet and are offering a special launch price of 4 for the price of 3.