My story, Mrs B, is now up on Meanjin’s website, along with many of the contributions to the Canberra centenary issue, including David Headon’s wonderful essay on the Griffins. See my earlier blog post on this. 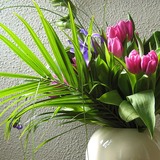 I really like the illustration Meanjin has chosen to go with my story, in which flowers play an important part.

Here’s an example. Mrs B, who has had to give up her dress shop at one end of Acland Street, St Kilda, finds work in a massage parlour at the other end. She receives a lot of flowers.

‘They had a kind of lop-sided concentration about them, as if, in their freshly watered folds, was stored a knowledge of all the flower arrangements clients had ever bought for their favourite girls. They were smooth to the touch, even the rose thorns were smooth, as though, out of nature or beyond it, they might never wilt. And yet they were real flowers. They had been plucked alive.’

‘Mrs B’ is one of the stories in my soon-to-be- published collection, Eight Pieces On Prostitution. 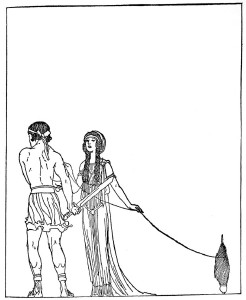