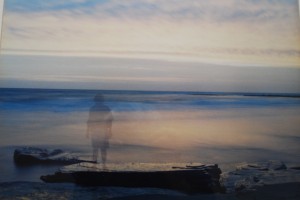 Children Of Ghosts (not yet published) is an historical novel set in 1890s Victoria. The story is told from the point of view of an adolescent girl who lives and works on a dairy farm. Rebecca Harrison is no longer a child, but not yet a woman; she is of a freakish height, dutiful and clever. Rebecca has a sister, Emma, but no brothers, and after her father’s death the family looks set to lose the farm to their rich neighbour. The arrival of a kind, hard-working cousin prevents this happening, at least for the time being, but the cousin brings problems of his own.

Rebecca has been asked to stay on at school as a pupil-teacher. She respected and loved her teacher, Mr Rowntree; but her father, just before his death, said no. Then, during her last few days at school, Rebecca learns of a disturbing secret concerning Mr Rowntree. It is this secret that inspires her to write her own story, in a second-hand notebook, which she keeps hidden in the milking shed.

Children of Ghosts is set against a background of hardship; the depression of the mid 1890s, following the collapse of the land boom; and set, as well, against a time of questioning and change for women. It’s in the end an optimistic novel, though tragedy comes knocking at the door more than once.