Where were you when the page was blank?
August 12, 2016 — 8:51
Author: Dorothy Johnston  Category: fiction writing literary fashions  Comments: 12 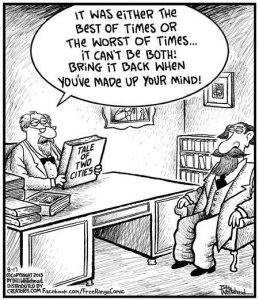 Authors sometimes grumble about their editors, and the question I’ve chosen as a title for this post is one I’ve often heard authors repeat.

But I’m pleased to say that I have a wonderful editor for my new novel, titled The Swan Island Connection. This novel is a sequel to the first of my sea-change mysteries, Through a Camel’s Eye, which was published in April by For Pity Sake Publishing.

The editor’s name is David Burton. David, an editor with For Pity Sake, is also an award-winning playwright and theatre director, whose plays include April’s Fool, Orbit and The Landmine Is Me. He has written a memoir titled How to be Happy. As an editor, Dave possesses that rare quality, (rare in my experience), in that he takes the trouble to see into an author’s mind, think about where he or she is trying to get to, and how he might help them to arrive.

Dave read what I am now calling the Dog’s Breakfast Draft (DBD) of The Swan Island Connection and wrote a nineteen page report. When I first saw the report, I felt daunted. There must be an awful lot wrong with the manuscript, I thought, to require this many pages. But the report, while critical, is constructively so, and that makes all the difference. In tone it is far from negative, and is full of helpful ideas and suggestions. And the very fact that someone who know what he’s talking about has paid such close attention to my DBD has given it, and me, a whole new lease of life. Thank you, Dave!

The Swan Island Connection will be my eleventh novel to be published. The first was in 1984, and since then I’ve run the gamut from good editors to woeful. Amongst the good I number Jenny Lee and Lois Murphy, and amongst the woeful, who shall be nameless, the lesbian separatist who read my book about the British atomic bomb tests at Maralinga. This was not, on the face of it her subject, and she made no effort to meet me half, or even a quarter of the way. Another was the editor who used to ring me at 6 PM, just before she left the office, to discuss editorial points that required thought and concentration. At the time this editor was assigned to me, I had a four-year-old and a baby who wouldn’t sleep, plus a deadline for the manuscript. One horrible evening I shouted at her down the phone, ‘Don’t you realise it’s jungle hour!’ I’ve felt ashamed of that outburst ever since.

Then there was my New York editor whose publishing company had bought the first two of my Sandra Mahoney Quartet (mystery novels set in Canberra, where I lived for thirty years). This editor, though I respected him, and of course felt grateful that my books were going to be published in the United States, insisted that I change all my galahs to parrots, all my jumpers to sweaters, and that I massage the text in various other unsavoury ways in order to make it more attractive to an American readership.

Recalling all that, I’ll say again – thank you, Dave!

And thanks to Bill Whitehead the cartoonist for reminding me how much I like Dickens.